Posted on January 3, 2021 | Comments Off on JANUARY CLUB EVENTS 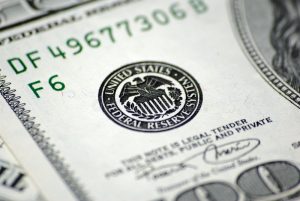 Comments Off on JANUARY CLUB EVENTS

Posted on November 28, 2020 | Comments Off on LIFE MEMBERSHIP 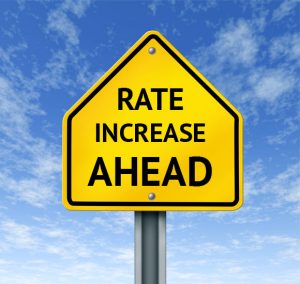 Cupertino Coin Club has kept our dues at $5.00 since 2000. That’s 20 years! Did you know that once members pay their dues for 15 years they become Life Members who receive a special medal and are no longer required to pay any more dues?
If you are currently not a Life Member and wish to become one at the current annual rate of $5 per year, you have until December 31, 2020, to submit your payment for each year in full. You will become a Prepaid Life Member if you pay now for your remaining years up through the 15th year.
Mail your check today to the club’s PO Box address (PO Box 448, Cupertino CA 95015-0448) or email the club President at cupertinocoinclub@gmail.com for instructions on how to pay electronically through PayPal. (Do not attempt to PayPal to the club email address directly; it won’t work.) If you do not recall when you joined, please email us at cupertinocoinclub@gmail.com. Thank you!

Comments Off on LIFE MEMBERSHIP 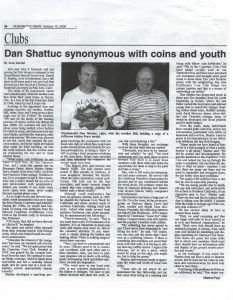 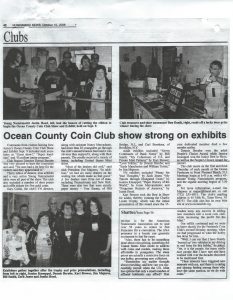 Comments Off on Dan Shattuc 2006 Article

Posted on November 12, 2020 | Comments Off on PROGRAM CHANGE FOR NOVEMBER GENERAL MEETING 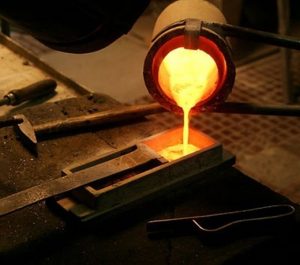 We couldn’t stop the presses in time for a late-breaking change to the program though! Instead of Brian D.’s talk on US Type Coins we will have two guest speakers who are experts in their field that will be doing a live demonstration on how to refine & form silver bars. They will do a live hand-pour from their lens exposing step-by-step instructions on how to make pure bars of silver. This sounds seriously fascinating so I am looking forward to this presentation. CCC members will find the Zoom meeting link in their Cupertino Coin Press newsletter.

Not a member? You can join our great club by filling out your application and emailing it to the club email address cupertinocoinclub@gmail.com. Dues can be mailed or sent electronically. If making an electronic payment, please email for PayPal instructions. Thank you.

Comments Off on PROGRAM CHANGE FOR NOVEMBER GENERAL MEETING

Posted on November 7, 2020 | Comments Off on Rest in Peace, Dan Shattuc 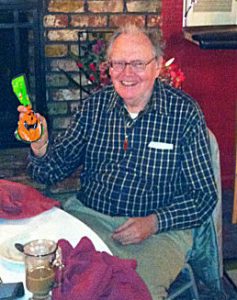 It is with great sadness that we report the loss of Cupertino Coin Club’s Life Member, Dan Shattuc, who passed away October 31, 2020. Dan had been an active member of our club since 1976. Below is a heartfelt eulogy written by Michael Turrini.
‘Dan’ Shattuc: Green Beret, Naturalist, Waterfowl Supporter, and Avid Coin Hobbyist
As is so common nowadays in our universal hobby which ages with each year, the email sadly reported that Daniel O. Shattuc, of Sunnyvale, California, had passed away.
While ‘Dan’ had been enduring poor health and assisted care for recent years, he was once an active advocate for our hobby spanning forty-plus years, serving in positions in the Cupertino Coin Club, the Liberty Numismatic Society, the Peninsula Coin Club, the San Jose Coin Club, all of California, plus the California State Numismatic Association (CSNA). He was an intense booster of youth activities, and in 1985, he chaired National Coin Week for California, driving many miles and having long late evenings, visiting local coin clubs promoting the Week and our hobby.
‘Dan’ was a diverse hobbyist, enjoying much. In a ‘Coin Celebrant’ interview and photograph published in the October 10, 2006 NUMISMATIC NEWS, smiling with his brother ‘Bill’, he held his new acquisition: an Indian Peace Medal. Being an Oregonian by birth, he had a passion for Oregon 1959 Centennial tokens and ‘Good For’ plus for as well anything for Lewis and Clark.
His lifelong enjoyment of our hobby could be traced to a 1949 visit by his family to San Francisco, California, from their home in Oregon. His Mother somehow arranged an inside tour for her then youthful son of the San Francisco Mint. Decades later, ‘Dan’ would lead young future hobbyists with tours of the now closed The Granite Lady.
‘Dan’ was a Green Beret, an Eagle Scout, and loved the outdoors. This eulogist remembers his efforts with Scouts and young people to create habitats for wood ducks around the San Francisco Bay Area. He would talk proudly of their efforts. Speaking of military service, he was always proud of seeing and meeting John F. Kennedy in person, twice.
For numismatics, he gave the same passion. Once during a now long-gone Northern California Numismatic Association (NCNA) then famous ‘Jar Tar Hotel’ Shows, his auction catalog was found by me, misplaced near the registration entry; it was filled with copious handwritten notes: marks for certain lots, estimates, calculations, intended bids, and descriptions underlined. His diversity and his knowledge were quite evident.
‘Dan’s’ greatest service was to instill with the Cupertino Coin Club the importance and emphasis of ‘youth numismatics’. His sincere and sure comments in the 2006 ‘Coin Celebrant’ confirm his devotion for our hobby’s tomorrows.
Our hobby is and has been blessed by many who create an enduring legacy and standard for service with service over self. ‘Dan’ exemplified that trait. He, as like so many countless others, paved the way for us today and those tomorrow.
Closing, let me end with this quotation: “Immortality Is To Live Life Doing Good, and Leave Your Mark Behind.” ‘Dan’ achieved that.
RIP, ‘Dan’.
Michael S. Turrini
Vallejo, California 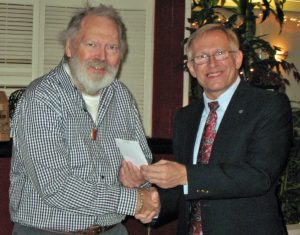 Dan with past President, Emile, at a previous annual club banquet

Comments Off on Rest in Peace, Dan Shattuc

Posted on October 19, 2020 | Comments Off on WONDERFUL BANQUET 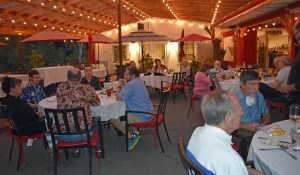 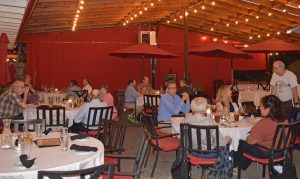 Sunday, October 18, 2020, Cupertino Coin Club held our annual banquet with 27 members and guests participating. We had 19 members and guests attending in the private back patio at the lovely Palermo Italian in mid-town San Jose. Eight members and their families got take-out meals from the restaurant and joined in at home via Zoom for the Awards presentations. Special thanks go to Gran G for his assistance with Zoom and Emile M who gave those at home an up-front view by moving his iPad around for each award. Our photographers were Emile M, Steve T, Alex T, and Suzy T. Betty H received the Medal Design Award from our Medals Chairman, Emile M. Lyle O, Jerome R, and Steve W received Life Member Awards.
Matthew M filled Michael Turrini’s shoes by reading Mr. Turrini’s opening Inspirational and representing NCNA, CSNA, and the ANA. Alex T assisted Matthew with the distribution of the following Awards. Don P and Al Lo were awarded the prestigious Gordon R. Donnell Award. Gran G IV and his son, Griffin, were each awarded the NCNA President’s Citation. ANA Certificates of Recognition were awarded to Don P, Emile M, Fred & Martha D, Griffin G, Matthew M, and Gary A posthumously awarded to his brother, Carl. President, Suzy accepted on behalf of Cupertino Coin Club, California State Numismatic Association’s letter and certificate in congratulations of our club’s 50th Golden Jubilee Anniversary, 1970-2020.
Tokens of Esteem were awarded to Rita M, Dan B, and Betty H. Numerous President’s Thank You Gifts were handed out in appreciation of members’ selfless contributions to the club over the last 12 months. Speaker trophies were handed out to Don P, Harold W, Matthew M, and Emile M for their Zoom presentations from May – October. Betty H’s guess of the number of Skittles in the gumball machine was the closest without going over, but she asked that it be awarded to the next closest guesser, who was Keith S. Ken B won the money jar guessing game. Five rounds of Bingo were played with the winners being Carl A, Emile M, Suzy T, Emile M again, and Ken B. Steve M won BINGO Blackout. It was wonderful getting together in person. Everyone was thanked for attending at 9:00 pm. Thank you, to Matthew’s family for helping us carry everything out to our car. We look forward to next year’s banquet with the hope that more members will be able to attend. Stay safe and healthy, everyone!
Suzy T,
President

Comments Off on WONDERFUL BANQUET 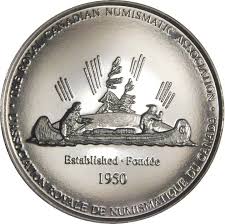 October 17, 2020, during the Royal Canadian Numismatic Association (RCNA) ‘General Annual Meeting’, as mandated in Canadian corporate law, via ZOOM and Smart-Phone, these two were recognized:
ALEXANDER B. ‘Xan’ CHAMBERLAIN, a ‘President’s Award’, for his generosity and enthusiasm for our hobby, and
MICHAEL S. TURRINI, a ‘President’s Award’
There were other numerous recipients; three of whom, the above two plus CLIFFORD L. MISHLER, are well-known in our Golden State.
CONGRATULATION! Outstanding! 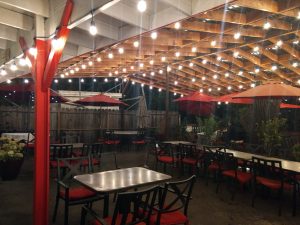 We are set for a wonderful banquet Sun, Oct 18. The smoke had cleared but is now back temporarily. The forecast shows the air is expected to clear Oct 7.
It has been confirmed that there will be plenty of warmth with lots of tall heat lamps and ample lighting with illumination from LED string lights above and candles and table lanterns on each table to be able to comfortably read Bingo cards.  In addition, the restaurant has recently installed brand-new clear water-tight tile roofing installed above our back-patio area in case of rain. You can see this new roofing in the picture below.
There is a new Take-Out option for members who feel it best to participate remotely in the interest of their health. This option gets you the exclusive, coveted annual banquet chip! You can select the time you want to pick up your To-Go meal. Just use the attached banquet order form, writing “Take-Out” somewhere visible and the pick-up time you will be picking your meal(s) up at Palermo on Oct 18. PLEASE PROVIDE your PHONE NUMBER IN CASE we or the restaurant have QUESTIONS about your TAKE-OUT order. Your order will be placed by the Banquet Chair with the restaurant along with the clubs’ orders.
As a reminder, or for new attendees to the banquet, we will be passing out a lot of awards. We appreciate our members and their selfless contribution of time and energy to club activities. We will have two guessing games (one with coins and one with candy), five rounds of Bingo, and one final round of Bingo Black-out with outstanding prizes (American Silver Eagles and a special Black-out grand prize)! Members may bring a guest at the same discounted meal rate as their own. Additional guests are welcome for an additional $10 per meal.
We look forward to seeing everyone in person! It will be a fun night with a delicious meal and excellent company at a top-notch local restaurant. Mail your Banquet Order Form in TODAY with your payment. For PayPal payments, send an email, NOT a payment to this address: cupertinocoinclub@gmail.com, and we will reply with the appropriate PayPal email address. For questions, please email the President at cupertinocoinclub@gmail.com. Thank you. Ciao!
Reservation Form:
https://drive.google.com/file/d/1W6SxEi8AA8S-LraiYVn169hhgTykwOUb/view?usp=sharing

Comments Off on BANQUET – SUN., OCT 18 – SUBMIT YOUR RESERVATION

Congratulations to Cupertino Coin Club members, Michael Turrini and Matthew Malvini on being elected onto CSNA’s 2021-2022 Board of Directors. This will be Michael’s third term as President of the California State Numismatic Association. Young Matthew will be new to their board, although he is currently in his third term serving as a Board Director for Cupertino Coin Club. The CSNA will be celebrating its 75th Anniversary in February 2022. Congratulations!
Link to PDF of Press Release:
https://drive.google.com/file/d/19pfxxV1UGFGqMwDyoUWfGeLtyfutdSP8/view?usp=sharing

Comments Off on CCC Members Selected for CSNA 2021-2022 Leadership

Posted on September 17, 2020 | Comments Off on NNP SYMPOSIUM VIDEOS 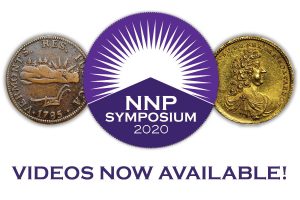 All of the recordings from the NNP Symposium are now available on the Newman Numismatic Portal! You can go back to watch any talks that you missed and share them with others.
We’ve added one entirely new session – a “part two” to Thomas Sparks’ presentation on Short Snorters of WWII.
View the Recordings:
https://nnp.wustl.edu/library/multimediadetail/539070?mc_cid=2a6ec85a68&mc_eid=9fc1442216

Comments Off on NNP SYMPOSIUM VIDEOS